Hulk was an embedded system group project for the Hardware for Software Engineers course taught by Anthony Lattanze. Its purpose was to successfully move six marbles from one end to the maze and back twice without dropping any marbles and in the fastest time amongst the other teams.

This project's circuits were designed using MultiSIM and implemented on a Parallax Boe-Bot using Parallax BASIC on a BASIC Stamp as the software. A 555 timer was used to control a flashing light instead of software to reduce software complexity. The team's software gracefully handled various error conditions such as hitting a corner during a turn in the maze, giving the team successful runs during the final demonstration despite performance fluctuations due to battery charge variances.

The picture below shows the marble mover in action during one of its final demonstrations. 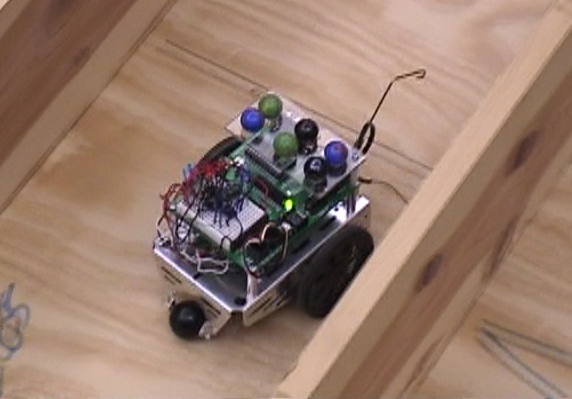